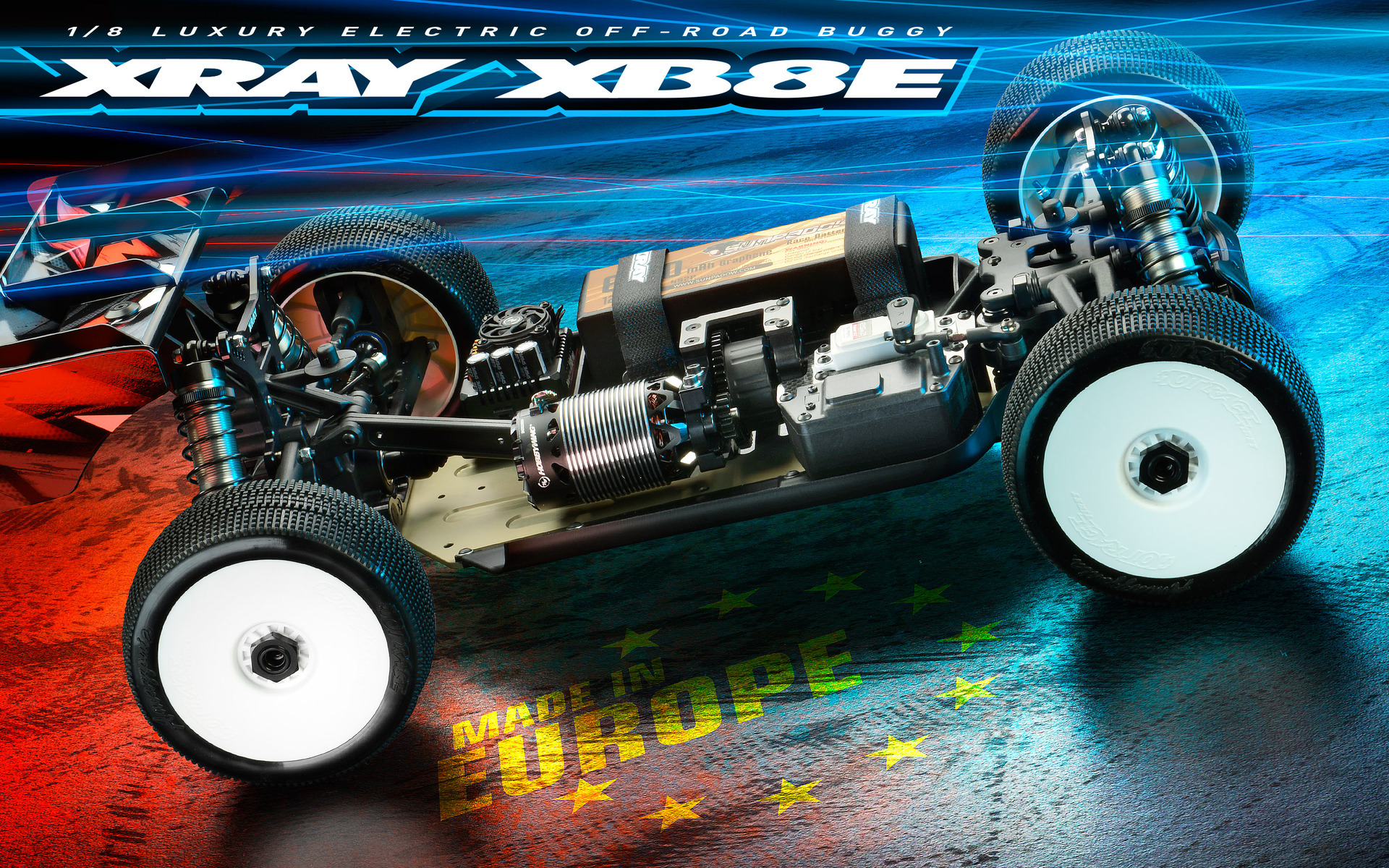 The XB8E shares a majority of its parts with the ultra-successful XB8 platform with several details fine-tuned for the electric buggy class. Wherever possible, the XB8 and XB8E share suspension and driveline components to streamline spares and tuning parts between the two cars without making any compromises to on-track performance. This minimizes the number of extra parts needed to support both nitro and electric editions even smaller for the extremely durable recent generation XRAY 1/8 off-road platform. 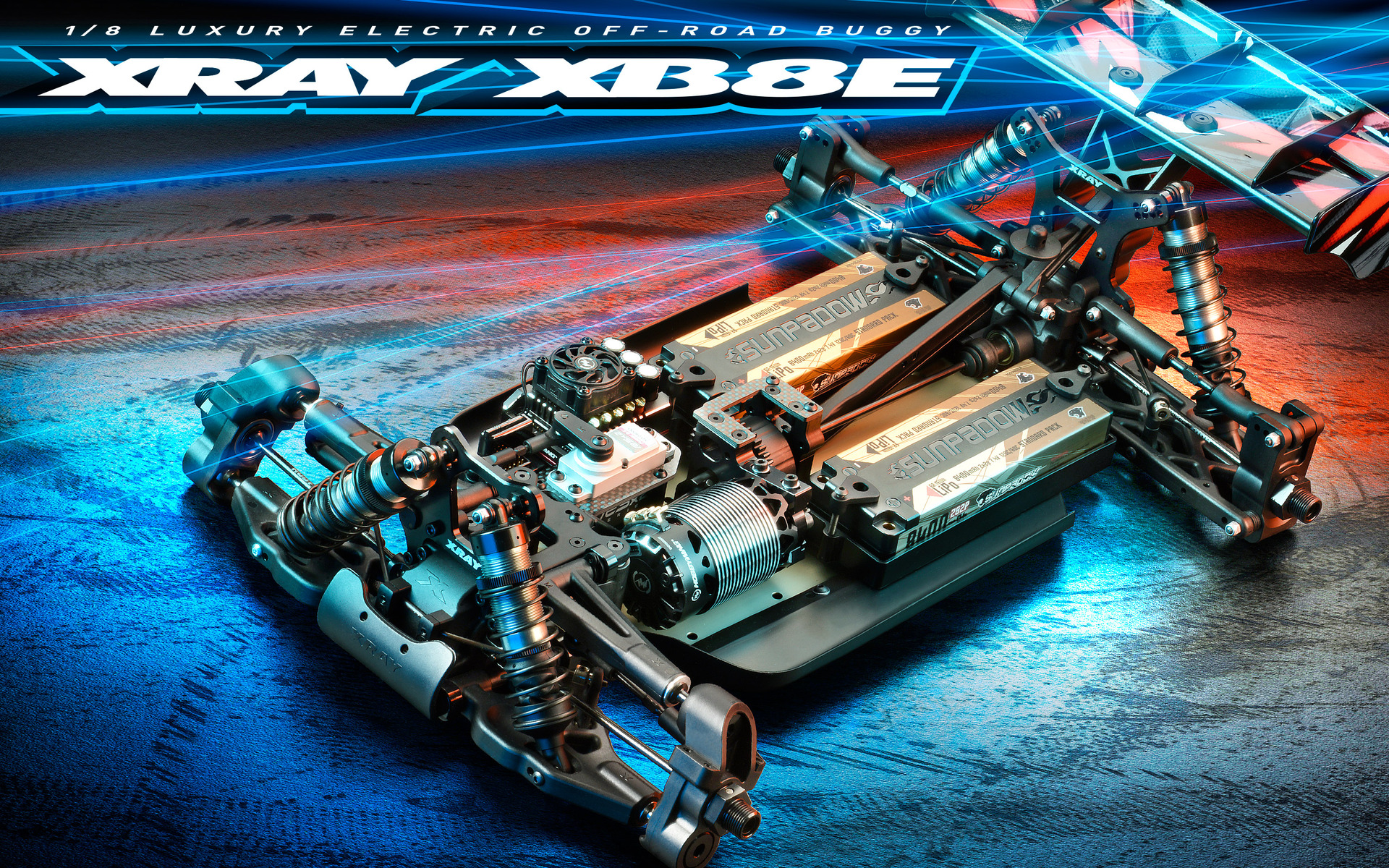 Second alternative places the motor in front of the center differential opposite the servo, and uses a split, saddle pack battery layout. The motor has better cooling in this front location and the split batteries typically maintain lower temperatures during each run.

Suggested for bumpy tracks and when higher corner speed is required.

2. Rear motor position with a single battery position on the left side

Standard e-buggy position places the battery on one side with the speed control, and the motor, servo and receiver on other side of the chassis.

Suggested for very low grip traction conditions or when more chassis roll is desired. The center of gravity of this layout is generally higher due to battery orientation. 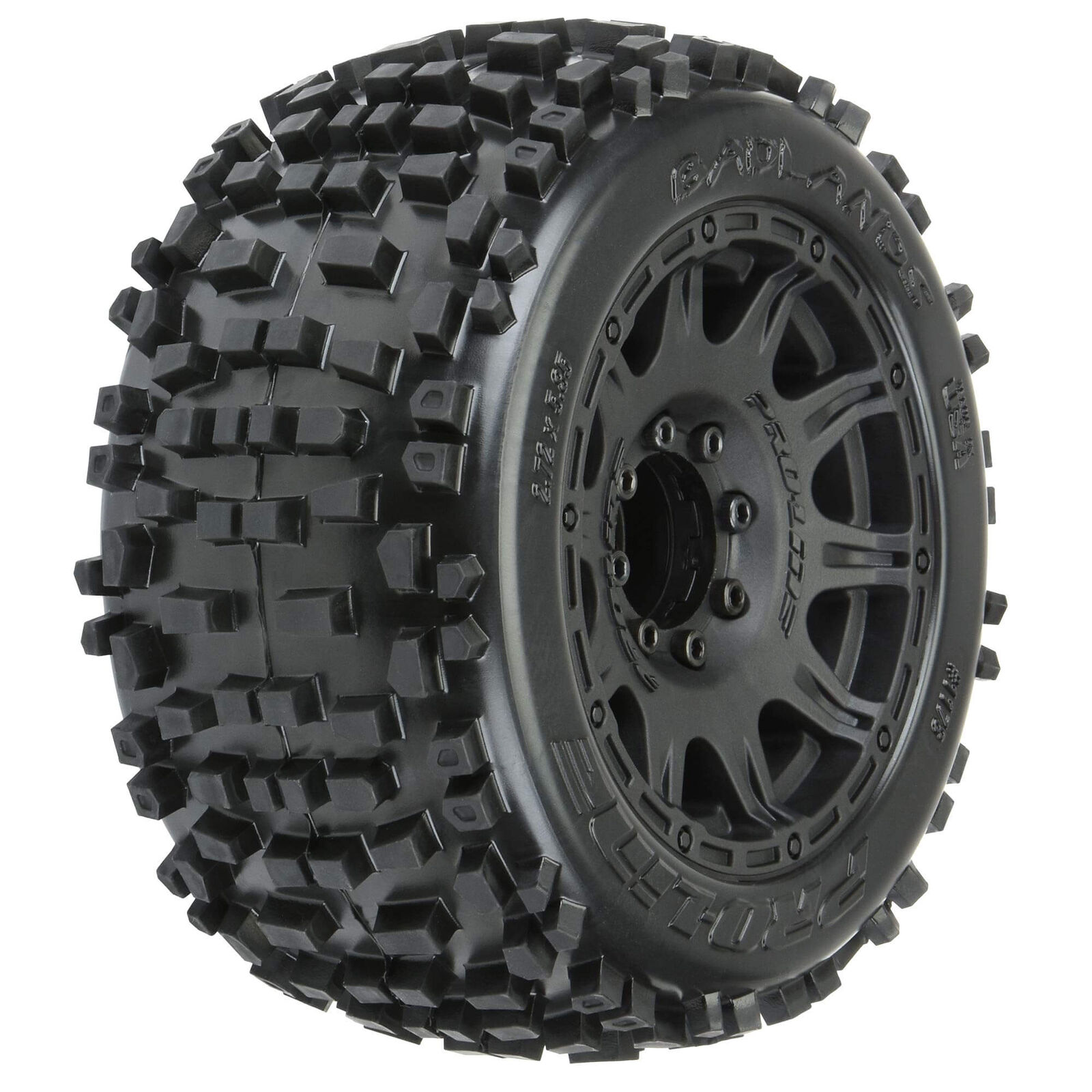